Before and after: Adjusted climate graphs 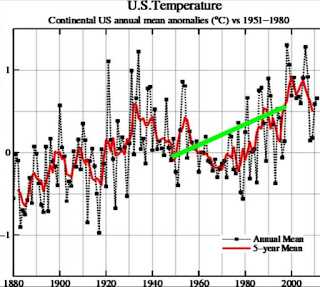 Before and after 2011- this of course vastly altered the world temperature as a result as well. 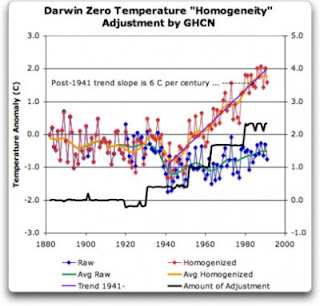 Blue- before. Red- after. 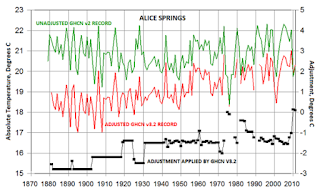 The black line added to it is the way they made a flat average (green) slope up (red). 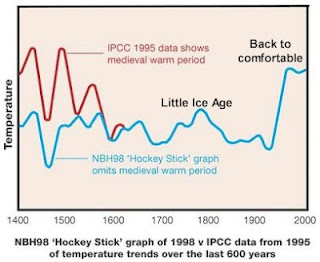 Here, the IPCC took the soviet-style method of rewriting history. They took their own data and sat on it, squashing a clearly warmer period known throughout written and physical historic records (plants, wine growing etc), although every book written before then also still contains it. Like this one: 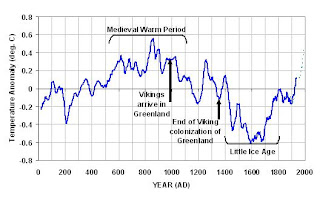 What does this say about the proxy and other past records we used before they did (which were also the basis of the IPCC's very existence?). 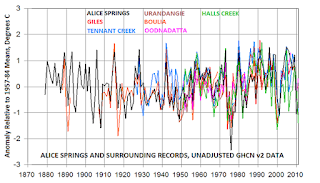 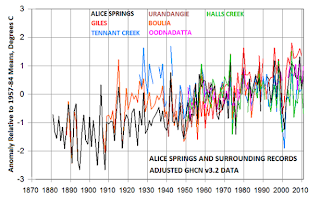 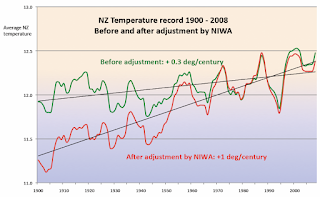 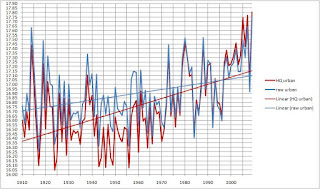 You can also drop the left rather than raise the right, the result is exactly the same. 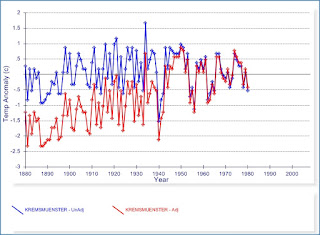 Form of individual corrections applied by NOAA. The black line is the adjustment for time of observation. The red line is for a change in maximum/minimum thermometers used. The yellow line is for changes in station siting. The pale blue line is for filling in missing data from individual station records. The purple line is for UHI effects (this correction is now removed). 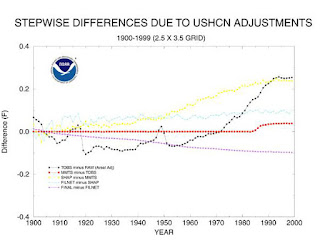 Rather than showing two sets (before and after) this red line was the actual hockey stick of extra heat added by the USHCN. It's as if they were all under some kind of instructions to do so. The details of how they got the total are above:
Alabama, 1F in a century, all artificial

Now looking at this motley collection, what do they all have in common? Yes, they all started flat and sloped up. Don't ask why, no one knows. Feed it all into the global set and what happens to it? As above, so below, these alterations done at the local level are all collected together and form the ones we have our policies made with, although if you take the adjustments away in reverse it won't have a hockey stick at all.